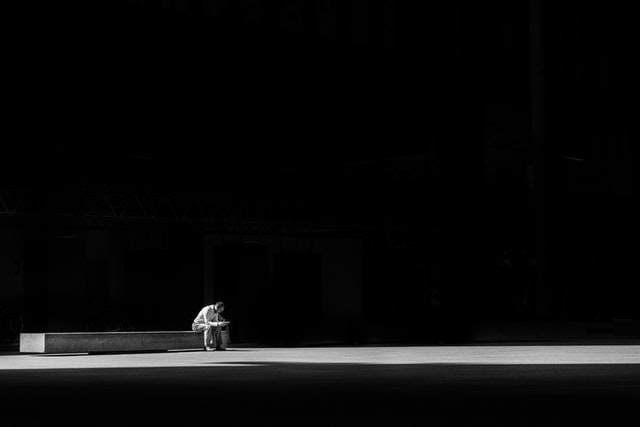 A play that feels comic to the audience but ends in despair is called a tragicomedy and “Waiting for Godot” perfectly fits this genre. In the whole play, the audience enjoys the absurdity of Vladimir and Estragon yet in the conclusion, the audience realises that the play was thought comic yet it hit the feelings of pity and fear. Aristotle asserts in “Poetics” that a poet’s duty is to present either better people on stage or worst. If he presents better, he wants to write a tragedy but if he chooses the second option it means that he wants the audience to enjoy a comedy.

A play that combines elements of misery and facetiousness falls in the category of tragicomedy. We have also seen Shakespeare practising the same in his many plays. “A Winter’s Tale” is a remarkable example of it. In that play, he creates a tragic atmosphere but he ends the play happily. Shakespeare has unquestionably seen tragedy from a new angle due to which he mingles tragedy with comedy. In concise words, blending two types of poetry, as defined by Aristotle in his book Poetics, “Comedy” and “Tragedy” is called tragicomedy as is crystal clear in “Waiting for Godot”. Hence, it should be called the third genre of poetry. There are some who refer to tragicomedy as a bastard of tragedy.

Dispute on the Genre of “Waiting for Godot”:

It is obvious from the definition of tragedy that if a play contains both the elements of poetry then it should be regarded as a tragicomedy, however, “Waiting for Godot” is a play about the suffering of humanity. How can it be called a tragicomedy if there is no comedy in it? Even if tragic elements are not available in this play then too, we should add it to the list of tragicomedies. Let’s analyse “Waiting for Godot” from both perspectives to prove that it is truly a tragicomedy.

Comic Elements and Laughter in “Waiting for Godot”

“Waiting for Godot” contains many excitements and comic elements but everything is dependent on the suffering of the characters, hence, laughter in this play is bitter which is one of the fundamentals of a tragicomedy. Samuel Becket has also defined two types of laughter; one is bitter and the second is ethical. Bitter laughter is when someone is sad yet he laughs. It does not give that person any excitement. On the other hand, the second type i.e. ethical laughter contains happiness. There is emotional relief in that sort of laughter. “Waiting for Godot” falls in the first category and most of the plays that are based on the genre of tragicomedy contain a bitter laugh, as mentioned supra.

The comedy in this play is in reverse order. In Act II, there is less comedy as compared to Act I of the play. Hence, despair increases as the play proceed towards the conclusion because of the unending wait Vladimir and Estragon do for Godot, who never appears on stage nor has the playwright introduced it to the audience. Laughter is better observed before it is revealed to the audience that the folks are waiting for someone. Vladimir suggests that they should repent, however, Estragon cannot find any reason to repent on except for their birth. Both of them along with the audience laugh at this joke. Certainly, it is comic for the audience but the very next moment Vladimir suppresses his laugh because he remembers the pains of life from his unconsciousness.

The Laugh of every character in this play is mirthless (laughter that contains sorrow).

We can conclude the whole play in its own dialogue:

“The tears of the world are a constant quantity. For each one who begins to weep somewhere else another stops. The same is true of the laughs”

Lucky never laughs during the production of the whole play, however, his useless actions are still amusing for the audience. Further, there are certainly farcical elements in the play that increases the interest of the audience. There is no tragedy without a plot as Aristotle emphasizes, however, “Waiting for Godot” is a tragedy without a plot and a successful comedy (that’s what tragicomedy is). Although there is a theme of boredom in the play yet it never prevails over tragedy. The writer never forgets what he has decided to portray in the play. There is humour in actions. For instance, Estragon time and again messes with his boots and Vladimir with his hat. Likewise, the remaining two characters of the play also do such type of actions that create physical humour.

Most of the dialogues of this play are based on confusion. A character starts a discussion and expresses it through his dialogues, which are vague and unclear, hence, creating misunderstanding and confusion. Due to this reason, more time is wasted in the explanation of that discussion than the actual dialogues of the play. However, not exactly the purpose of those extra dialogues is to lengthen the duration of the play instead every dialogue creates pleasure and a strange type of amusement no matter how many times the same is repeated in Act I or Act II.

Difference Between Comic Relief and Tragicomedy:

Waiting for Godot as a Tragicomedy:

No one knows when to come and when to go not even what to do while living throughout life. Estragon and Vladimir are apparently spending a happy life like everyone but not the way it should be spent. They are just passing the time and biting the bullet as they are unable to change the situation in which they are right now. They have no option except to wait and wait. But waiting is not possible without doing something amusing.

Thereby characters become stupid and pass the ball so that they can easily get through life. They are expecting something good from life and also finding the meaning of their existence in this world. The audience finds despair ending of the play. Not everyone is able to get the meanings of the play until it is elaborated. The audience has to struggle in order to find what the playwright wants to portray in “Waiting for Godot”.

“Waiting for Godot” may not be a tragedy in the traditional sense yet there are sufferings in the play as there is the catharsis of pity and fear, simultaneously it contains comic elements which form a tragicomedy. However, the same is guised in comic dialogues and actions of the play due to which we can’t feel it without further elaboration.

Explain why “Waiting for Godot” is a tragicomedy.