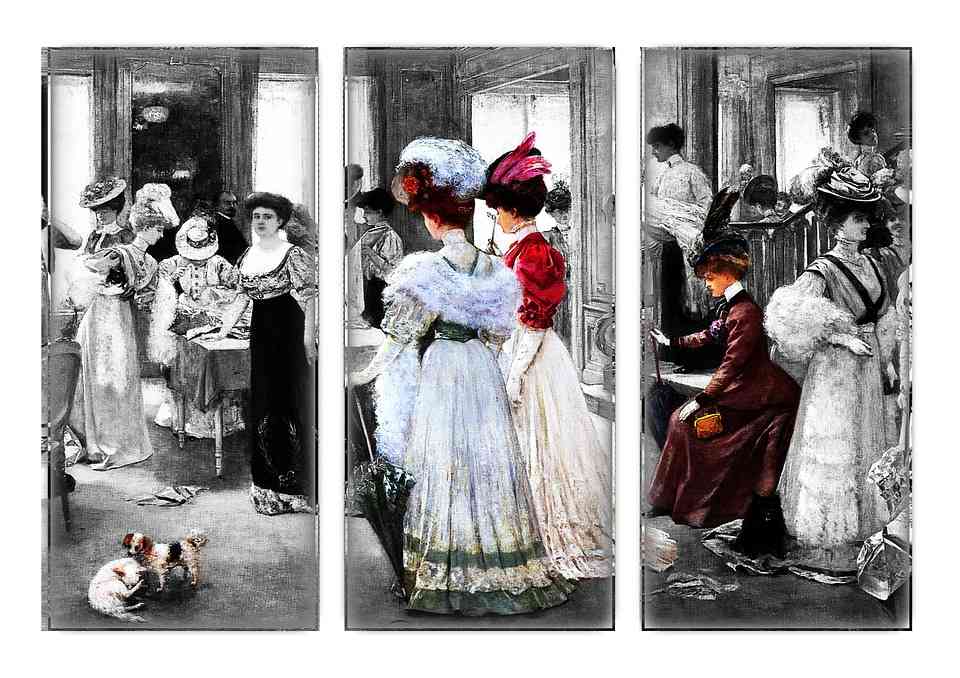 Characters of “Importance of Being Earnest” are noteworthy. Characterization in a play has much importance. A dramatist has many purposes to write a play. He may write it to amuse the audience or to teach the society. In any case, he has to rely upon his characters. A novelist, as compared to a dramatist, can give his reviews freely; he may also describe a specific situation but it is not necessary for him to rely on his characters. A playwright, on the other hand, has to use the mouth of his character to give any message to the audience. In this way, the success of the play relies on its characters. If a writer wants his plays to be performed on stage for several centuries then he has to create good characters.

Major characters of “Importance of Being Earnest”:

Minor characters of “Importance of Being Earnest”:

Jack Worthing: Protagonist of the play:

He is a realistic character. Oscar Wilde uses him to portray upper-class society. Through him, Oscar Wilde demonstrates the rules, manners, and lifestyle of Victorian people. Thus, the dramatist uses him as an instrument to ridicule the society. Jack Worthing lives a double life; one life is to maintain his respect, whereas second is to enjoy life. He has created an imaginary character. He comes to the city to meet him where he lives a life of pleasure. Country life is dull and uninteresting for him, whereas city life is full of luxuries. He is of the view that one can only enjoy city life if others [relatives/responsibilities] live in the countryside. His parentage is unknown. At the end of the play, Oscar Wilde reveals his real parentage to the audience. He is the most serious person among all other characters of “The Importance of Being Earnest”.

He wants to marry Gwendoline but Lady Bracknell rejects him while saying that “produce at any rate one parent, of either sex” if he wants to marry her daughter. However, after knowing that he is in possession of a good fortune, she accepts him. He is also a bit witty person. As compared to Algernon, he is a sober kind of person. Oscar Wilde has put these two characters in juxtaposition to each other.

He also belongs to a wealthy class. He is fashionable and living a bachelor life. Algernon is wittier than Jack but takes less responsibility than him. He does not care about his overdue bills. Oscar Wilde has illustrated him to show the irresponsible behavior of Victorian society. The dramatist has covered every generation of Victorian society. Lady Bracknell presents old generation, Gwendoline young female generation, whereas Jack is the representative of a young male generation. He is revealed in the play through Jack’s dialogues. For instance, Jack says, he is always overdressed. He loves music but does not know its ABC. Most of the paradoxical statements are uttered from his mouth. Oscar Wilde has provided him witty dialogues. Moreover, he does not like his relative especially Aunt Augusta. He does not care if someone makes cynical remarks against his relatives.

Characters in “The Importance of Being Earnest” has their own escaping techniques. Algernon has his own method. He has created an imaginary character “Bunbury”. Whenever Lady Bracknell calls him, he goes away from her with the excuse that he is going to meet his friend “Bunbury”. Algernon has a habit of “Excessive Eating”.

She is a traditional girl of Victorian class as she shares its every characteristic. She has many ideals; one of them is name “Earnest”. She wants a husband with the name of “Earnest”. Gwendoline is in love with Jack Worthing (Earnest) just because of his name. She is an attractive and charming lady and always tries to improve herself. Naturally, she is a romantic woman. When Jack proposes her, she reacts weirdly. She is of the view that he will take care of her because his name is “Earnest”. Moreover, name “Earnest” has music of its own, says Miss Gwendoline Fairfax. It shows her innocent but ridiculous nature.

Although she is a conventional lady yet she has a free mind. She has her own beliefs. She always ignores Lady Bracknell’s advice. The countryside where Jack resides, she frequently visits it while deceiving her mother. When Lady Bracknell talks about her marriage, she openly declares that she is in love with Jack Worthing. It shows her bold nature and free mentality. Like her cousin Algernon, she is witty and often utters amusing dialogues. Oscar Wilde’s primary purpose of creating her is to show traditional Victorian young ladies. She comes third in the list of major characters of “The Importance of Being Earnest”.

She is known as “dreaming lady” for the reason that she always remains in dreams. “Earnest” is unknown to her yet she is engaged to him. She even writes him letters. Like other characters of “Importance of Being Earnest”, she has a good sense of humor but her nature is “jolly”. She does not like Uncle Jack’s seriousness. However, she likes novels with sad and serious endings. After knowing that Miss Prism has written a novel, which has a happy ending, she says “I don’t like novels that end happily. They depress me so much”.  She writes a diary on regular basis with the logic that she would forget everything if she does not write a diary. Furthermore, she is a keen observer. She knows that Dr. Chasuble is in love with Miss Prism. She develops link between them. Cecily is against learning and improving grammar. She considers it a boring subject.

It is also matter of fact that most of the satirical dialogues are uttered from the mouth of Cecily Cardew. It seems that Oscar Wilde has created her for the purpose of satire. As compared to other characters of “The Importance of Being Earnest”,  she is sensible. She is the most realistic character of the play. Further, all the characters of “The Importance of Being Earnest” except Cecily speak in epigrams.

She is a typical Victorian Lady; Algernon’s aunt and Gwendolen’s mother. She wants to marry her daughter with a person having good fortune. Lady Bracknell is a fashionable lady and keeps herself up-to-date with modern style. She considers herself superior just because she belongs to the upper class. When she talks, the audience witness her authoritative tone. Neither Gwendoline nor Algernon likes her. She is a hilarious lady. She greatly amuses the audience. Although she is powerful yet at the same time is ruthless.

Why Lady Bracknell is amongst major characters of “The Importance of Being Earnest”:

There are two purposes behind sketching characters like Lady Bracknell in “The Importance of Being Earnest”; one is to show the snobbery of Victorian Class and second is to create humor at wide level. Of course, the primary purpose is to manage the satire while showing the hypocrisy and stupidity of British aristocracy. It is evident from the incident when she rejects Jack but subsequently accepts him after knowing that he has good fortune.

Minor Characters of “The Importance of Being Earnest”:

She serves an important role in the play but it is not apparent. She is a novelist. When Jack was a child, she replaces him with the manuscript of her novel. Dr. Chasuble loves her. Oscar Wilde has introduced Miss Cicely Cardew through Miss Prism. Thus, she helps in the discovery of Jack’s true parentage at the end of the play.

He, along with Miss Prims is for the comical purpose. Oscar Wilde has chosen this character because he also wants to satirize the religious class along with society.

He is Algernon’s manservant. He appears at the start of the play when Jack and Algernon wait for Lady Bracknell and her daughter.

He is a butler at the Mansor House, Jack’s estate in the country.